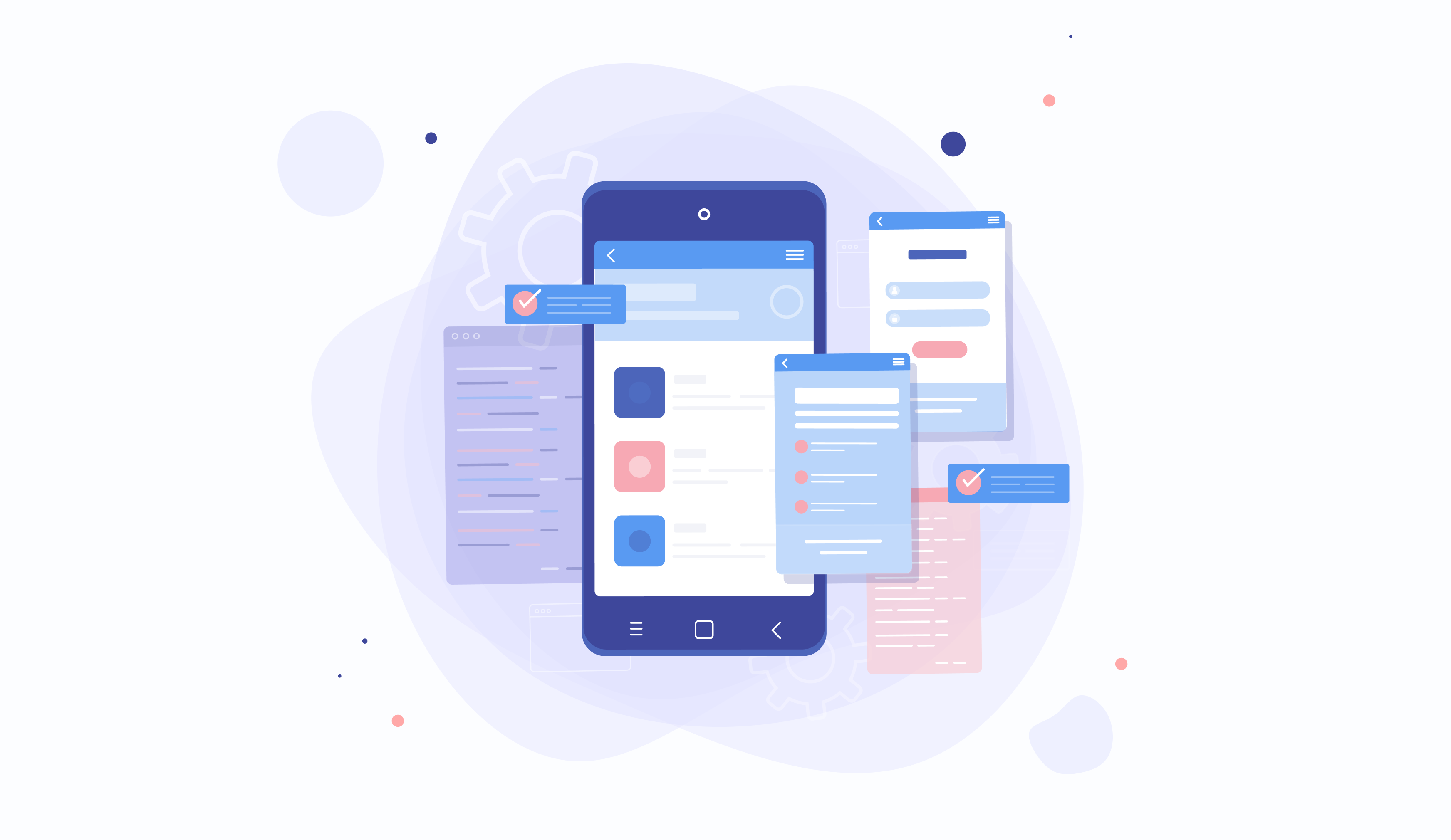 Write once, run anywhere – this is the preferred strategy for developers today, as it is more economical. This is why cross-platform app development is very popular today.

Now let us check out the most popular cross platform app development tools:

This tool enables the creation of native apps using JavaScript as a programming language to build apps. You can also use Swift, Java, and C language to write modules. It allows you to edit images and process videos – something you can’t do with other API frameworks. It is one of the most powerful tools for developing cross platform apps, as it can understand the source code and translate it into the native elements quicker. Two of the most used apps in the world – Facebook and Instagram, are built using React Native, and it’s the preferred tool of most enterprises. It has modular architecture and has a large community that offers support and contributes to the development of the tool.

This tool facilitates swift prototyping, and high early velocity, and yet is intuitive and user friendly. If you are familiar with JS, you can quickly master React Native. It is ideal for agile development, as it uses much less memory for tasks that need a lot of calculation when compared to JS.

With a single .net code, you can develop apps for different platforms using Microsoft Visual Studio Xamarin. The biggest advantage of this tool is that any app created on Xamarin, has a native appearance and feel; the app uses native interfaces that the user is comfortable with, and works just like the user wants. Xamarin mobile app development enables you to include a platform-oriented hardware boost, allowing it to achieve native app like performance. Xamarin works on one code – it identifies it and speeds up the process to enable cross platform mobile app development. This means nearly three-fourths of your coding will be the same no matter which platform you’re developing the app on. Thanks to the interface which is native-friendly, Xamarin is very flexible, and allows developers to tweak the frontend to customize as per client requirements. Xamarin allows developers to build native UI components easily, and it supports the Razor template engine, as well as languages like F# and C#. It also has excellent debugging tools and apps built on Xamarin can be installed quickly thanks to low disk impact.

Using a single Flutter codebase you can develop high quality apps on different platforms like Android, iOS, desktop, and web. This is an open-source user interface SDK that uses Dart as its programming language as Java and JS developers can easily comprehend it, and it helps majority of the object-oriented concepts. Alibaba and Google ads are the famous apps developed in Flutter. One of its best features is that it supports widgets – these make the app look more attractive. Widgets have features like font options, scrolling, icons, navigation, and so on, that enable the launch of full- fledged iOS and Android apps. This tool facilitates speedy and dynamic app development, and enables greater customization, even facilitating the creation of brand-driven designs.

With the use of powerful technologies like JavaScript, HTML, and CSS, you can build native platform app using Ionic. It’s a robust HTML5 software development kit that focuses are on the user interface and appearance of the app. Ionic offers interactive models, pre-designed components, beautiful themes and typography. It is easy to understand and work with, and makes use of APIs like Virtual DOM, TypeScript, JSX, async, ChefSteps, Pacifica, and more. You can also build hybrid apps with Ionic and these can be launched quickly, and has excellent support.

This tool helps build your app quickly by making the entire process simpler, and uses a single JS script code. This enables the development of native-like apps, and they perform as if they are cloud- based. Appcelerator is a high-quality tool that can be used to develop apps for any kind of device or OS. It also provides access to an API that facilitates multi-platform app development – Hyperloop. You can deploy data models effortlessly, as it offers Arrow DB, a database without schema. As MongoDB, MS Azure, MSSQL etc are already integrated with Appcelerator, there is no lag, and it speeds up development and deployment. The basic codes can be accessed by the users whenever they want. Thanks to the Titanium framework, Appcelerator is economical as well.

Adobe released this tool in 2021, and it’s based on Apache Cordova, an open-source framework. It offers complete access to the full set of PhoneGap toolset, which enables streamlining of the application development. It has debugging tools that enable the inspection of CSS and HTML, as well us debug codes in JS. It has a robust backend that helps novice developers, and is also very flexible. It is easy to share as it is an open-source tool.

This cross-platform app development tool is the preferred choice when it comes to developing 2 D games thanks to its superior graphics. It is also ideal for apps for mobile devices and computers with a single codebase. Corona helps you code rapidly, and in updating the code and saving the changes as well. This enables you to see the results on actual devices almost immediately. It helps in optimizing the performance of the app, thanks to Lua, which performs optimization at every level.

Qt enables the creation of fluid user interfaces and applications, and the same code can be used for iOS and Android devices. It is easy to make alterations in the app built in Qt, as all changes you make to your app are automatically applied. Its interface is simple, making it quicker to build applications. You can also easily check out how the app performs on the different platforms.

Sencha offers modern frameworks of both Java and JS, that help in building quick web apps for any device. You also get to incorporate into your apps, over 100 UI components that are completely supported and tested. Sencha is a thorough tool that enables app testing across platforms from start to finish. It also offers “Themer” which creates themes that can be reused, by tweaking themes built on various platforms like EXT JS, iOS, Ext React, and so on. You can track your app information easily thanks to the data visualization table in Sencha, and organize your app content according to its appearance on the screen or browser. As it uses HTML 5 to develop apps, you can easily create apps that run on browsers, as well as mobile apps. Its compatibility with Adobe PhoneGap and other cross platform tools makes it useful to develop full-fledged apps. The code is easy to read thanks to the MVC architecture, and productivity is significantly improved with the IDE plugins. Overall, it is very economical to develop web apps with Sencha.

Its superb graphics and user-friendliness make Unity3D highly popular for cross platform app development. This tool helps you export your apps to more than a dozen platforms including Android and iOS. The tool monitors user analytics, and shares apps on social media platforms. If you need help or have queries, you can connect with ‘Unity Connect’, the Unity3D developer network. This community is very helpful and will guide you through troubleshooting your coding or any other tech issues you may have. It’s a robust cross platform 3D engine and has a user-friendly development environment, which you can use to create 3D games as well as apps for mobile, as well as gaming consoles like PlayStation and Wii.

An app is a unique tool designed specifically for businesses in learning, HR consulting, and firms that want to organize and deliver resources to their employees or the right people at the right time. 5App provides better app data security as it uses JS and HTML5 for coding. You can even create content that will support and guide employee learning and performance, and the apps are compatible with both iOS and Android. 5App Hub is an intuitive learning and communication platform that provides easy access to resources and information for specific jobs. It helps to inculcate a culture of continuous learning, and engages with employees as a channel of internal communication.

Companies build apps to generate revenue. Native apps provide limited flexibility, but you have more options with cross platform app development. However, it is imperative that you choose the right tool, as you may have to make a significant investment. We have presented above a list of the most powerful cross platform mobile app development tools – and apps built using these tools should help you gain a competitive edge.

Decide on your requirements, and then select the cross-platform app development tool. Choose a software developer or firm that has the skills to work with the tool that you prefer.

Perfection beyond imagination - since 2007...