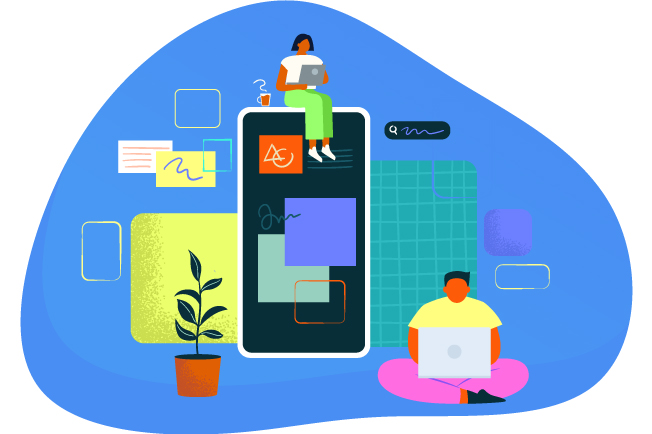 I know what you are thinking:

"Why yet another cross-platform app development framework when there are already many that have captured the imagination of the developers?"

The answer: Sure, there are many cross-platform tools such as Phonegap, Xamarin, React Native and more that developers love working with; however, the Flutter framework is highly popular among businesses, developers, and users for good reasons.

For one, Flutter is an open-source platform that uses a single source code to develop cross-platform mobile applications. So, this brainchild of Google can be used to create natively- compiled and visually attractive 2D apps for iOS, Android, Linux, Mac, Windows, Google Fuchsia, and the web. And being a developer-friendly language that uses less code, Flutter has emerged as the go-to option for the app development world. 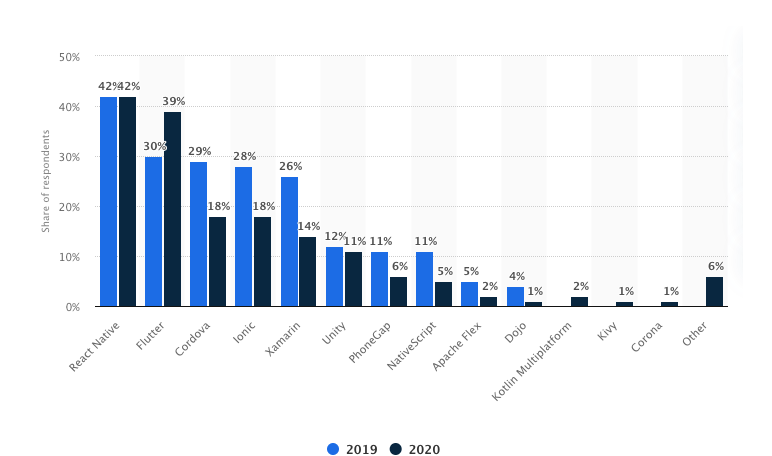 According to Statista, Flutter is the second most popular cross-platform app development framework amongst software developers in 2019 and 2020.


So, if you are an astute developer/ app development company looking for hacks to take your mobile application development skills to yet another level, try Flutter.

I just gave you a basic idea of Flutter here. Read on to understand the technology behind Flutter in-depth.

A Few Facts and Figures about Flutter

Using Flutter means faster mobile application development. In fact, changes in the code can be made immediately, and you can see its effect almost instantly in the app. This is what "Hot Reload" is all about. Among many other things, it takes some milliseconds for the flutter app developers to filter and fix bugs and add features. This is only one of the much-liked features of Flutter.

Further, the feature furthers the developer-designer bond. Put another way, with Flutter, your mobile app development team works along with the tester and designer on the UI to see the results instantly.

Most of the code changes or adjustments could be quickly hot reloaded, though some changes may require a full restart. On the contrary, in native application development, the project needs to be redeveloped from scratch and may even require more time and money. In fact, every single change may take several minutes.

Thanks to its own rendering engine, Flutter apps remain unaffected by any update in the Operating Systems or even when there is system customization. The interface will look the same even after an iOS or Android system update.

Version compatibility is also an important attribute of the Flutter framework. Despite its faster- growing toolkit, Flutter has stayed loyal to its API and development approaches. The code may be old and scripted a few years back, but that doesn't stop developers from reusing the old code to create new apps.

Sure enough, there are several architectures for a developer to take his pick, but I am afraid that not even one is good enough to cover all the developer requirements. This is where BLoC stands out. Designed exclusively for Flutter, the architecture is said to have anything and everything that a Flutter developer needs, including Testability, Simplicity, and Power.

Further, this particular architecture is structured very simply. This means both seniors and amateur Flutter developers won't find it hard to use. The most powerful plus of BLoC architecture pattern is its reactivity.

Its data and UI are mutually exclusive, so the UI could be loaded instantly by leveraging structuring, async methods, and streams. In other words, the animations and screen rolls will be played with immediacy while the data is gets loaded from the server.

What's more, the architecture is used for crafting complex applications from smaller components that work independently. And you could even test any part of the application whenever a need arises.

Flutter is nothing, but a combination of ready-to-use widgets, in the form of fonts, color, schemes, menus, padding, buttons, you name it.

In fact, if you like, you could create your own complex widget by mixing and matching several widgets. This is called composition in the Flutter community. No matter the layout requirements, widgets can be utilized and customized to conjure an excellent app interface. Thus widgets help customize the app without writing any code for each widget, which saves time.

With an array of ready-to-use widgets available, even amateur developers can customize the app with different design patterns and best practices. Developers will never hit a wall or face technical issues arising from poor language practice.

As it turns out, businesses always go by frameworks that have some future. Simply put, they prefer frameworks that can endure and compete against the onslaught of new frameworks that get launched time and again. This is where Flutter fits in perfectly.

Straight from Google's development studio, its search engine giant's in-house programming language; therefore, businesses can be sure of its longevity. Though Google has been using Dart internally since 2011 to build web, server, and mobile applications, it officially announced Flutter beta for cross-platform mobile app development only in 2017.

However, Dart's popularity has significantly increased since the Flutter announcement was made at the Google I/O conference in 2018. And developers have shown widespread interest in Flutter, but they need to learn Dart for that. However, developers with knowledge of Java, JS, or even Kotlin can learn Dart without much effort

The Dart language is useful for making client applications. It comes with clear and powerful syntax, which ensures strong architecture and design. In addition to all this, Dart brings on board standardization, unification, and maintenance, which all across-platform frameworks, apart from Flutter, fail to offer.

As mentioned, a single code base is used to develop mobile applications on multiple platforms. Meaning you need to test a single code and not multiple apps developed and deployed on various platforms. Plus, you don't have to hire developers to test apps for different platforms for quality assurance. With apps automatically tested, not just deep checking of apps is possible; you can even expedite the app's release.

App performance matters more than anything else to the user. And Flutter is a powerful framework that allows developers to experiment with the app and enhance its performance, unlike other platforms.

For the uninitiated, Flutter harnesses the power of Skia for rendering itself on any given platform. This makes it easier to launch Flutter based UI on any platform. And since it has its rendering machine, you don't have to tinker and tweak with the UI while using it for different platforms. This is one of the biggest pluses why businesses prefer to join hands with Flutter app development companies.

Yes, your apps can play with different themes for various platforms despite having the same codebase. Nevertheless, you need to hire a top software development company that could give wings to your app themes by employing this Flutter feature.

Developing a lovely native-app with Flutter is a cake-walk for developers as the framework comes with up-to-date SDKs that support easy development. Besides, it's assisted by local codes, platform APIs, and third-party incorporations that simplify the development cycle.

Further, the SDK offered by Flutter is apt for both platforms, including iOS and Android; not to mention, the SDKs can be reused.

All Flutter features are perfect for businesses, whether it's about the platform's stability or a range of ready-to-use widgets. If that weren't enough, changes in the app could be done faster, thanks to its Hot Reload feature that somehow lessens the risk of losses for your company.

There you go! 10 Advantages of Flutter App Development Framework. And if you think hiring Flutter developers could be a challenge, guess what? Nearly 39% of the developers are using Flutter. And since Google is creating Fushia OS, it should lower app development risks and issues, significantly.

Perfection beyond imagination - since 2007…

Here is the list of best Audit Management Software in USA, India, UAE & other countries which helps you to track, implement and report on internal audits.